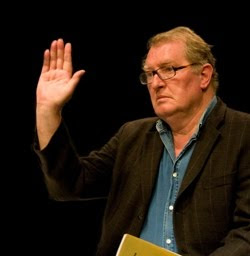 It was with sadness that I learned of the death of Corin Redgrave who I had the privilege of working with in what was to be the last year of his life. He took part in two readings of The Trainer, acting alongside Tim Pigott-Smith, Janie Dee, Paul Herzberg and Jana Zeineddine in a play co-written by David Wilson and me. The Trainer is a play about a love affair between an Israeli Jew and a Palestinian law student and includes a court case about an opera. It was staged to raise money for the rebuilding of the Gaza Music School. (For a slideshow of more of Guy Smallman’s photos, click here). Despite being unwell, Corin played his role of Oliver Higdon-Brown to perfection, giving a fabulous performance as a pompous High Court judge.

The readings took place in 2009 at Oxford House and the Hackney Empire. It was not easy for him to get from South London to Bethnal Green and Hackney, but with support from his wife, the actress Kika Markham, Corin was determined to help the cause. Because of his huge reputation, I was nervous about working with him, but I needn’t have been. The man who had played major roles at the RSC and National and starred in movies and TV gave attention and care to his performance in The Trainer. He was a consummate professional: courteous and enthusiastic and put everyone involved with the benefit at their ease.

For many years, his acting took second place to his deeply-held political beliefs. As a Shakespearean actor, I’ll bet he loved these lines from Richard III:

And thus I clothe my naked villany
With odd old ends stol'n out of holy writ,
And seem a saint, when most I play the devil.

In exposing the villainy of those devils in power, he disappeared from the stage for many years. In 2005 he suffered a heart attack while campaigning for Roma rights. After a period of recuperation, he returned to the theatre as Oscar Wilde in De Profundis. He had been weakened, but he never gave up. I last saw him at the Jermyn Street Theatre performing letters of the blacklisted Hollywood screenwriter, Dalton Trumbo. The show opened on the night news broke of his niece Natasha Richardson’s tragic death.

He was a sweet bear of a man, a humanitarian who loved the world. He will be sorely missed by his public, as well as by his family and friends. The words on the oldest known pyramid are these: ‘The doors of the sky are thrown open for you.’ Corin, travel well.
Posted by Write Here! at 06:30 0 comments 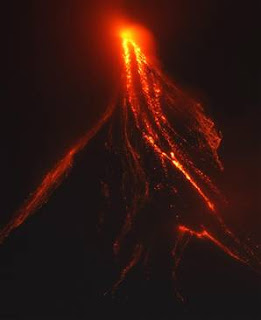 Our planet is volcanic. All life emerged from volcanoes and their ash and yet they have the power to induce fear in all of us. In Virgil’s Aeneid, the entrance to the underworld was on Mount Vesuvius. Over a thousand years later, Dante Alighieri’s nine levels of Hell was inspired by volcanoes. As man’s understanding of the natural world advanced, volcanoes continued to inspire awe, but became a backdrop to works of fiction and science fiction. In Jules Verne’s Journey to the Centre of the Earth, Professor Lidenbrock and his friends descend into Iceland’s Snæfellsjökull volcano, have many adventures and then are spat out of another volcano on the Italian island of Stromboli. In The Crater James Fenimore Cooper, the author of The Last of the Mohicans, wrote of shipwrecked sailors who set up a utopia on a volcanic island.

How many people know that the Tambora volcano in Indonesia was the genesis for Mary Shelley’s Frankenstein? In 1816 Mary, her husband, Percy Bysshe Shelley and Lord Byron were confined to a cottage in the Swiss Alps because of bad weather brought about by Tambora’s eruption the year before. Byron suggested a ghost story competition and this resulted in Mary conceiving her monster.

In our own era, volcanoes continue to erupt in fiction. One of the great works of twentieth-century literature, Malcolm Lowry’s Under the Volcano, tells the story of an alcoholic British consul in the Mexican town of Quauhnahuac on the Day of the Dead. In Susan Sontag’s The Volcano, Sir William Hamilton’s wife, Emma, becomes the lover of Horatio Nelson under a steaming Vesuvius. Isabel Allende’s memoir, My Invented Country, refers to her native Chile “shaken by the sighs of hundreds of volcanoes”. Her fellow countryman, the poet Pablo Neruda, wrote, "Give me silence, water, hope. Give me struggle, iron, volcanoes". Volcanoes have given the earth life. They have also given us a few stories. 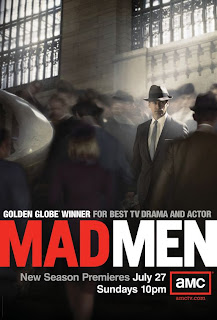 New York City is a place of dreams, a city where you can feel the electricity in the air. It is also the setting for fiction as diverse as F Scott Fitzgerald’s The Great Gatsby, Phillip Roth’s Portnoy’s Complaint and the poignant stories of John Cheevor. When I lived there, I was drawn to Greenwich Village because this was where the cool cats went: an area of coffee houses, small theatres, bookstores and art house movies. It was also where some of my cultural heroes had lived: Isadora Duncan, William Faulkner, Eugene O’Neill.

I spent my first months in New York in a women’s residence on the northern border of the Village with grim-faced nuns. As soon as I could afford to, I moved to a garret on Christopher Street where the previous tenant had been evicted and the paint-drizzled floor looked more like a canvas than something to walk on. The flat was bohemian: unfurnished with one consumptive, gasping radiator I nicknamed “Camille”.

In the 50s and 60s Greenwich Village was hopping with jazz and folk music. Now Tin Palace in the Bowery and Bell’s of Hell on West 13th Street are gone. The building I lived in houses a Petit Puppy parlour which sells small breeds to residents who are now more likely to be drinking fine wines than going to smoky dives for a set.

You would need to take the L train to Williamsburg in Brooklyn to find a place which carries on some of the Village traditions. The coffee houses and bars are now off Hope Street. Across the East River is Madison Avenue, the setting for the brilliant TV drama Mad Men set in 60s New York. For their 2009 Christmas party the series that is Cheever on celluloid asked the Brooklyn-based group, Eclectic Method, to provide the entertainment. EM are also madly creative men whose innovative audio-visual remixing of film and music is a leap into the future. Check it out here.

At 7PM on 14 April at Waterstones in Hampstead there will be a book launch I’d strongly encourage you to attend. One of my students, Robin Bayley, will be talking about, and reading from, his new book, The Mango Orchard.

As a child, Robin had been bewitched by his grandmother's stories of her father's Mexican adventures: of jungles and banditos, of hidden silver and a narrow escape at the time of the Mexican Revolution.

Almost a hundred years later, Robin retraced his ancestor's steps via New York and Columbia. His book is as much about this journey as it is about Arthur's odyssey. It is a story that travels through time and place, culminating in the discovery that Arturo had left behind him, not just a country, but a Mexicana who had given birth to his child. The story ends with an extraordinary coming together of Arturo’s two families who had not known of each other’s existence until Robin’s arrival.

Trevor Dolby said of Robin’s book, “This is an extraordinary travel book from an extraordinary new talent. The Mango Orchard ranks up there with Sandra Cisneros's Caramelo, and even the books of the great Bruce Chatwin himself.” Click here to check out Robin’s website. There is also a video clip of the the launch party and my interview with Robin here. Stay tuned . . .
Posted by Write Here! at 10:33 0 comments