Rewriting: between dog and wolf

The French have an interesting phrase for dusk: entre chien et loup. Literally translated, it means “between dog and wolf”. More precisely, the phrase might be rendered as “twilight” in English: when the level of light is so low that one is unable to distinguish between these two similar, yet very different, four-legged creatures.

But the French phrase means more than that, implying that it’s also the time between what is comfortable and familiar and what is dangerous. What is unknown and frightening.

Reworking a text that is familiar, but needs major work was, for me, entre chien et loup. Terrifying because you can see—and not see—how to proceed. You can still make out the shape of the old narrative, but the new chapters are dissolving.

I had been working on the rewrite of No Angel Hotel for months; the more I played with the “canvas” of the text, the muddier (and uglier) it became. I was about abandon the project forever when one of my students gave me some wise advice. Gwendolyn Kosten Modder had read the published version and loved it and she told me, It’s of its time, Anne. Don’t tinker with it too much.

So I went back to the drawing board. I took the original and compared it, word by word, with the muddy, reworked version, keeping the best of them both and correcting some major plot inconsistencies.

Not many writers have the chance to rework their prose once it’s been in print, but I was lucky enough to be able to. The result is the same book, but one that is completely different and, hopefully, much better. And if you don’t believe me, buy the new one and get the old out-of-print one on Amazon for one pence (plus postage). 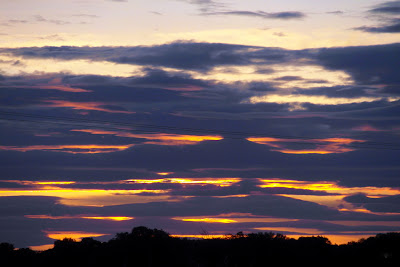