Do not annoy the writer

Writers are dangerous people. This little badge reminded me of what Annie Proulx once said, 'Characters have to bear the burden of the story so if I have a character that is dull or waltzing around into the background, I usually kill them. They're there to work and earn their keep and if they don't, they go.'

That, however, was not the motive behind the death of one of her most famous characters, Jack Twist, in "Brokeback Mountain". He featured in her 1997 short story collection, Close Range. The story was made into an Academy Award-winning film in 2005 starring Heath Ledger and Jake Gyllenhaal.

In 2009, Proulx was interviewed by Christopher Cox in The Paris Review who asked if people objected to the fact that gay characters featured in a story set in Wyoming. This was Proulx's reply:


Oh, yeah. In Wyoming they won’t read it. A large section of the population is still outraged . . .  So many people have completely misunderstood the story. I think it’s important to leave spaces in a story for readers to fill in from their own experience, but unfortunately the audience that “Brokeback” reached most strongly have powerful fantasy lives. And . . . a lot of men have decided that the story should have had a happy ending. They can’t bear the way it ends—they just can’t stand it. So they rewrite the story, including all kinds of boyfriends and new lovers and so forth after Jack is killed. And it just drives me wild. They can’t understand that the story isn’t about Jack and Ennis. It’s about homophobia; it’s about a social situation; it’s about a place and a particular mindset and morality. They just don’t get it . . . And they all begin the same way—I’m not gay, but . . . The implication is that because they’re men they understand much better than I how these people would have behaved. And maybe they do. But that’s not the story I wrote. Those are not their characters. The characters belong to me by law.

Yes, the pen is mightier than the sword and the writer is the one who has the last word. Stay tuned . . . 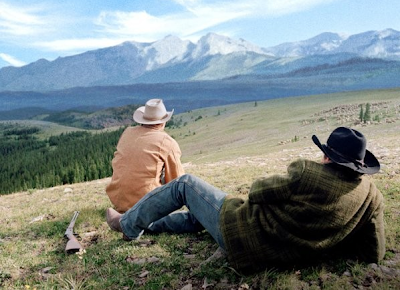